Several times in comments on other blogs and forums I’ve given my opinion about JetPack, that official Automattic megaplugin that they basically promote as the all-do-it-all wonder. But my opinion of it can also be summed up in a very basic way: I hate it.

The rationale is that I think that the beauty of using free software like WordPress is achieving independence from third-party services: to have everything under your control, that works by itself and where you don’t depend on anyone, and JetPack ruins precisely all that, outsourcing features to a WordPress.com account that should come included in the core WordPress software.

Even so, I was using this plugin, simply because it offers many interesting functions and I thought it was more convenient to install a single plugin that did everything than installing several plugins that did each of those things separately. Also, I believed, JetPack used the resources from WordPress.com and not those of the hosting itself, so it shouldn’t affect the load of the blog.

That’s how it was until I read this post on Ayuda WordPress (in Spanish) where they include JetPack in the list of “plugins that you should NOT install”, talking precisely of its high resource consumption. Indeed, JetPack wasn’t the light feather that I thought but it turned out to be a slow and gluttonous monster like I had never seen. An analysis with P3 (Plugin Performance Profiler) resulted in this graph: 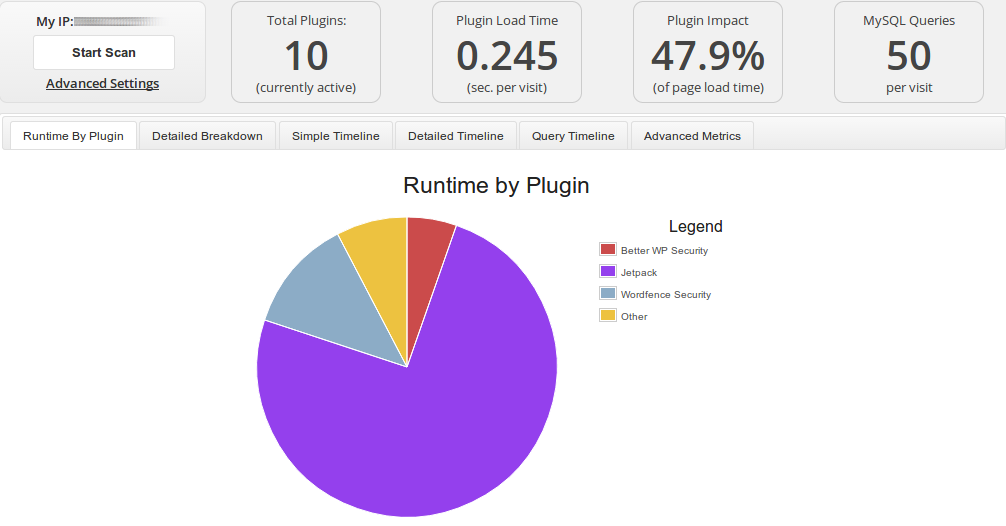 JetPack accounted for no less than 75% of the load of all plugins. Astonishing.

In any case, how much was that plugin doing? I remember that when I first installed it I used practically all the modules, but as time went by I gradually disabled those that I was no longer considering essential. When I saw the graph, I took another look at the active modules and I realized that I was only using 4 (yes, only 4 took 75%, imagine if all are used o_O), and all of them are dispensable:

As it was, it was clear what I had to do: JetPack had to go to hell immediately. The only issue was finding a replacement for the contact form module.

I was surprised at how difficult it was to find a form plugin that would do what I was looking for. All I wanted was a simple form, with the most basic fields and maybe a simple captcha so that my email wouldn’t get inundated with spam, but it seemed that plugin developers considered it a waste of time to create something so elementary and preferred loading their forms with all sorts of options that kept taking a big slice on P3’s pie; nowhere near as big as JetPack, but obviously bigger than they should. Other very simple ones that I found hadn’t been updated for years or directly didn’t work (this is in fact the fault of certain server configurations of mine that for now it’s not necessary to detail).

Finally, after a lot of searching without finding anything that satisfied me, and since what I needed was something without many features, I just began writing a plugin by myself and shortly after I already had something functional, which is what there’s now in the Contact tab. Problem solved without nonsense of megaplugins, and the difference in P3’s graph is now brutal: 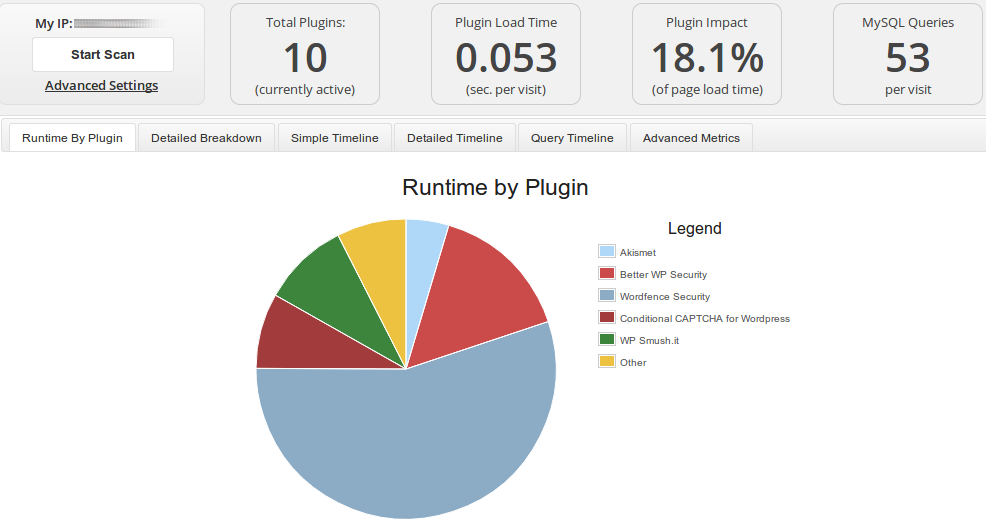 The contact form no longer even appears, the impact of plugins fell from 47.9% to 18.1%, and the biggest chunks in the pie now correspond to Wordfence and Better WP Security; but being security plugins it’s more understandable. I’d also like to see if I can optimize them a bit, but the point is that now I can say: JetPack, go to hell.