I’ve been a happy Linux user since 2011, and as it’s the usual case, my entry distro was Ubuntu. A couple of years earlier in school they had briefly made us test Ubuntu 8.04 Hardy Heron in live mode (the heron wallpaper got ingrained in my mind), but I never installed it. Then that year a classmate accidentally infected my Windows with some stubborn malware that bypassed my antivirus, just the day before I had to deliver an important school project, and I had to spend half of the night fighting off the malware and the other half finishing my project. That incident, along with being generally tired of Windows’ poor performance on my then modest laptop, made me decide to take the jump to Linux.

My first real distro was Ubuntu 10.04 LTS, although I got quickly used to it and, not being yet satisfied, I began messing with a number of distros, until I discovered Arch Linux a few months later. Arch was exactly what I was looking for and instantly ended my distro-hopping. I kept it as my OS for a few years (sans one when I temporarily came back to Ubuntu), until 2017 when my increasingly busy life coupled with a loss of interest in experimenting with and configuring my system made me look for a distro that was easier to maintain and that I could just use.

The logical choice was Manjaro (distro based on Arch but ready to use), initially switching between the Cinnamon and GNOME editions for 3 years, and later since 2020 staying on the KDE edition that I immediately loved.

Manjaro KDE is, so far, the closest thing to the perfect OS that I’ve ever used, and I couldn’t be more comfortable here. Many thanks to all the people involved in its making. Arch is the best base system and Manjaro and KDE provide the best user-friendly experience on top of it; everything of course powered by the reliable Linux kernel and all the other packages that have been assembled to result in this magnificent distro. ❤️ 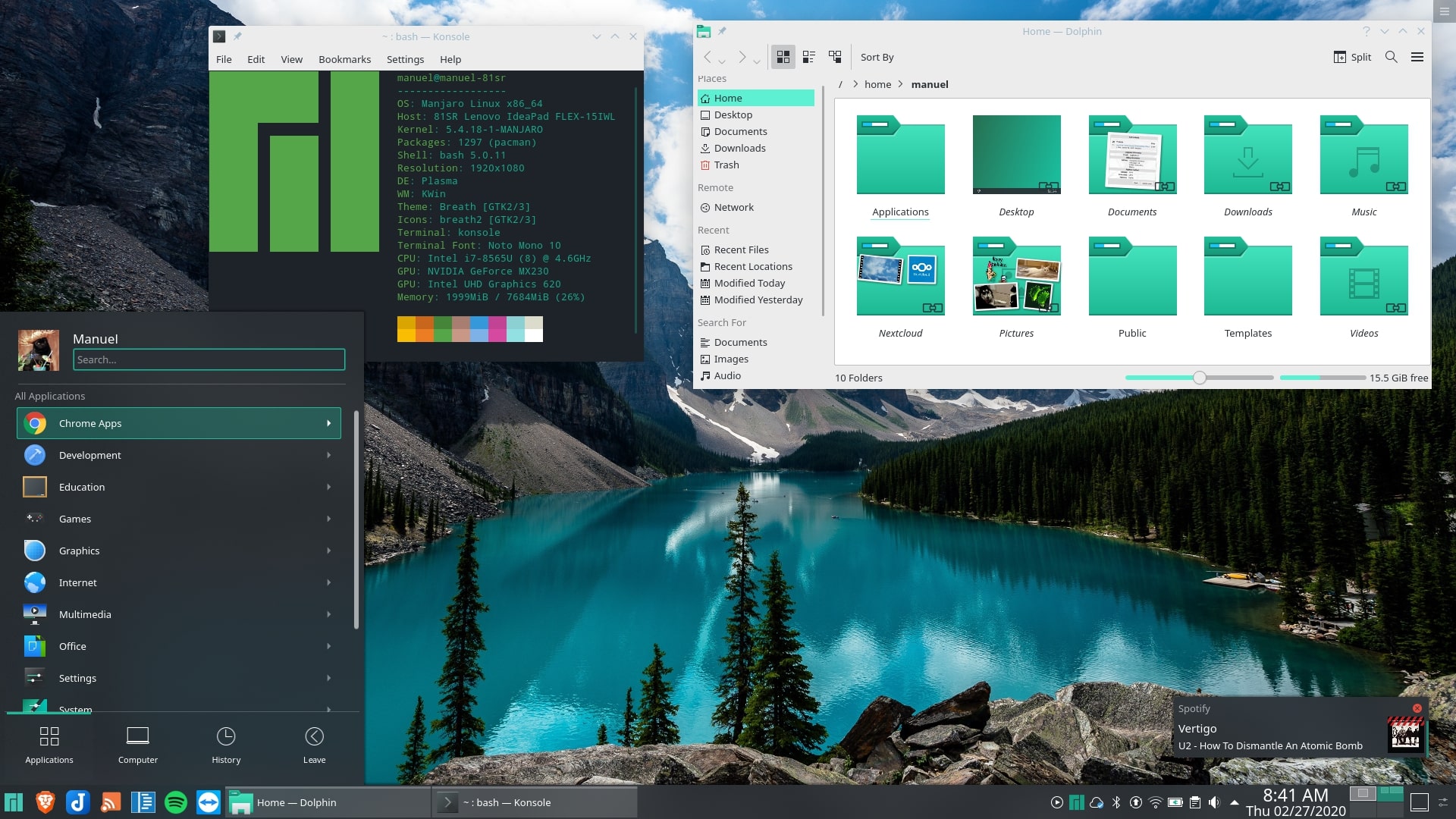